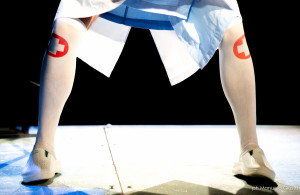 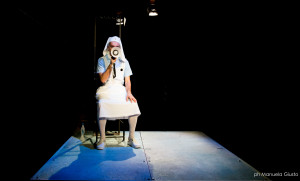 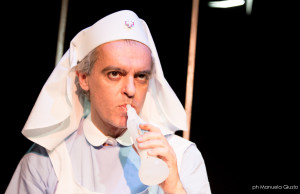 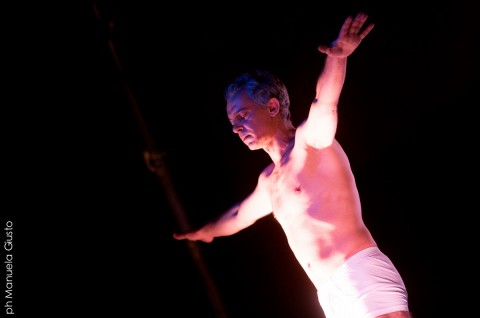 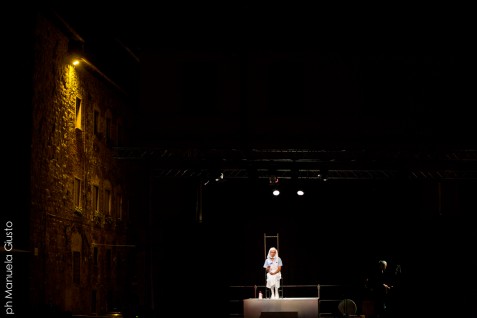 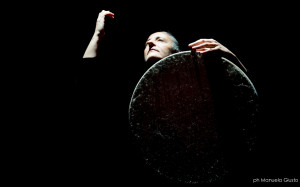 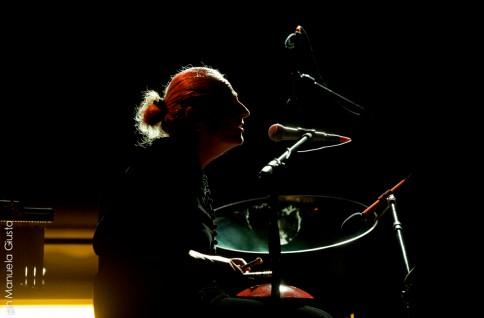 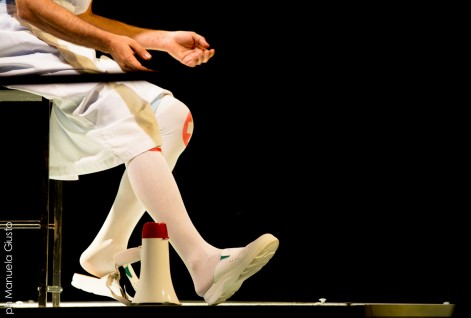 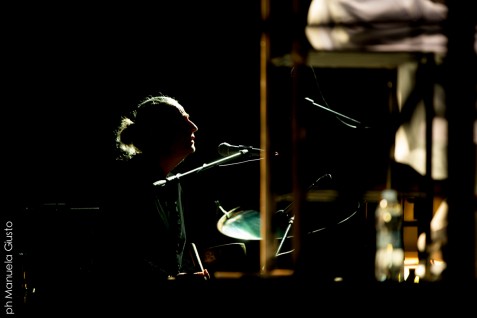 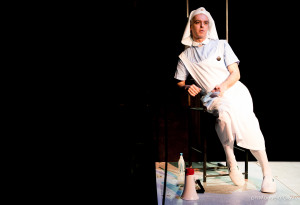 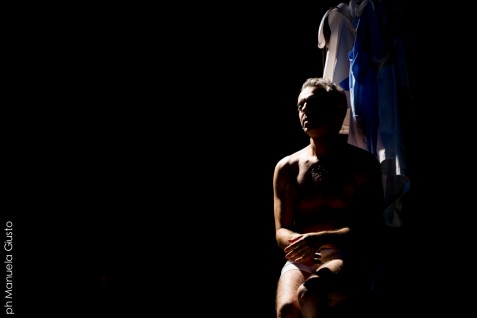 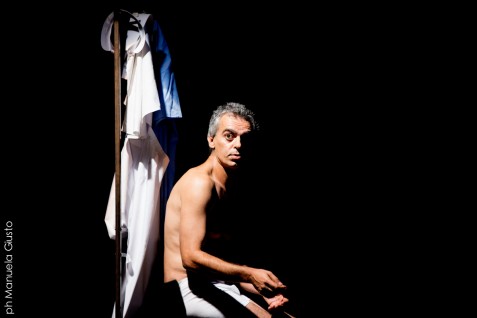 Based on the debut novel of the same title by Rosa Matteucci (Adelphi, 1998), the show creates a funny carnival of characters, each of them with his-her expectations and hopes, all traveling to Lourdes, waiting for a miracle.
The language, a mixture of solemnity and dialect, the several protagonists and also small extras, all together create a so desperate humanity as to be highly comic. It is a sort of contemporary “mistero buffo”(Comical Mystery), definitely marked by the grotesque which, thanks to Andrea Cosentino’s interpretation, becomes a both popular and virtuosic play.
The show leads in every respect to an abandon to the faith and then to a conversion by a crooked and irregular path.
The collaboration between CapoTrave theatre company, directed by Lucia Franchi and Luca Ricci, and the actor and playwright Andrea Cosentino, is promoted by the producer Pierfrancesco Pisani, on the occasion of 2015 contest “I Teatri del Sacro”.