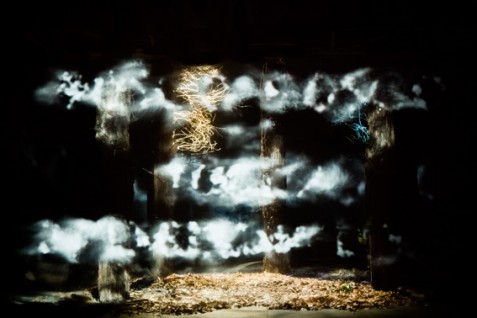 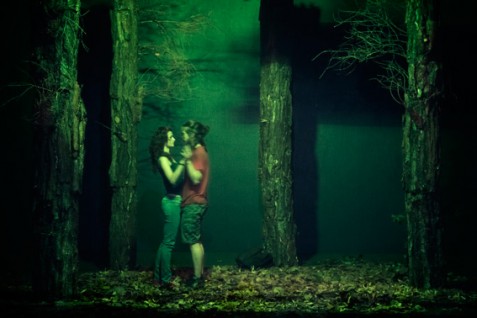 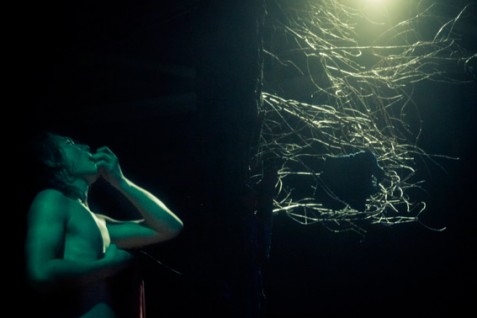 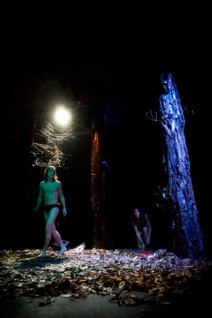 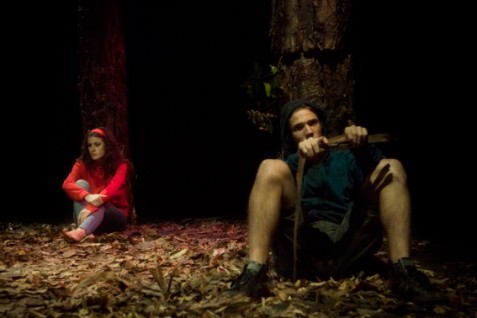 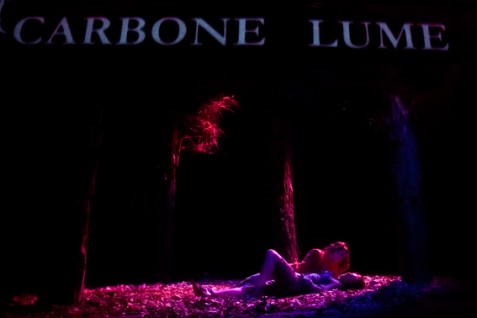 He escapes in the wood chased by a real and mortal threat. She comes in looking for her own independence. To both the wood is a whirlpool in the dark, is going behind the landscape, under the landscape, is hiding themselves. Watching life at the height of blades. In the classic fairy tales, entering the wild and mysterious dimension of the forest is experiencing death, and then coming back to life. It is crossing the threshold, which usually marks a rite of passage.
The characters are a boy and a girl, very young. In the wood they meet and get close, going beyond the shadow line separating adolescence from adulthood.

This performance is inspired by “Il Galateo in Bosco” (1978), a poem by Andrea Zanzotto, one of the greatest Italian writers of the twentieth century. The Italian poet Eugenio Montale wrote about this poem: “Zanzotto’s distrust in the words is so much that his poetry ends in the pre-expression preceding the articulate speech. This is a percussive poem, but not a noisy one: its metronome is perhaps the heartbeat”.