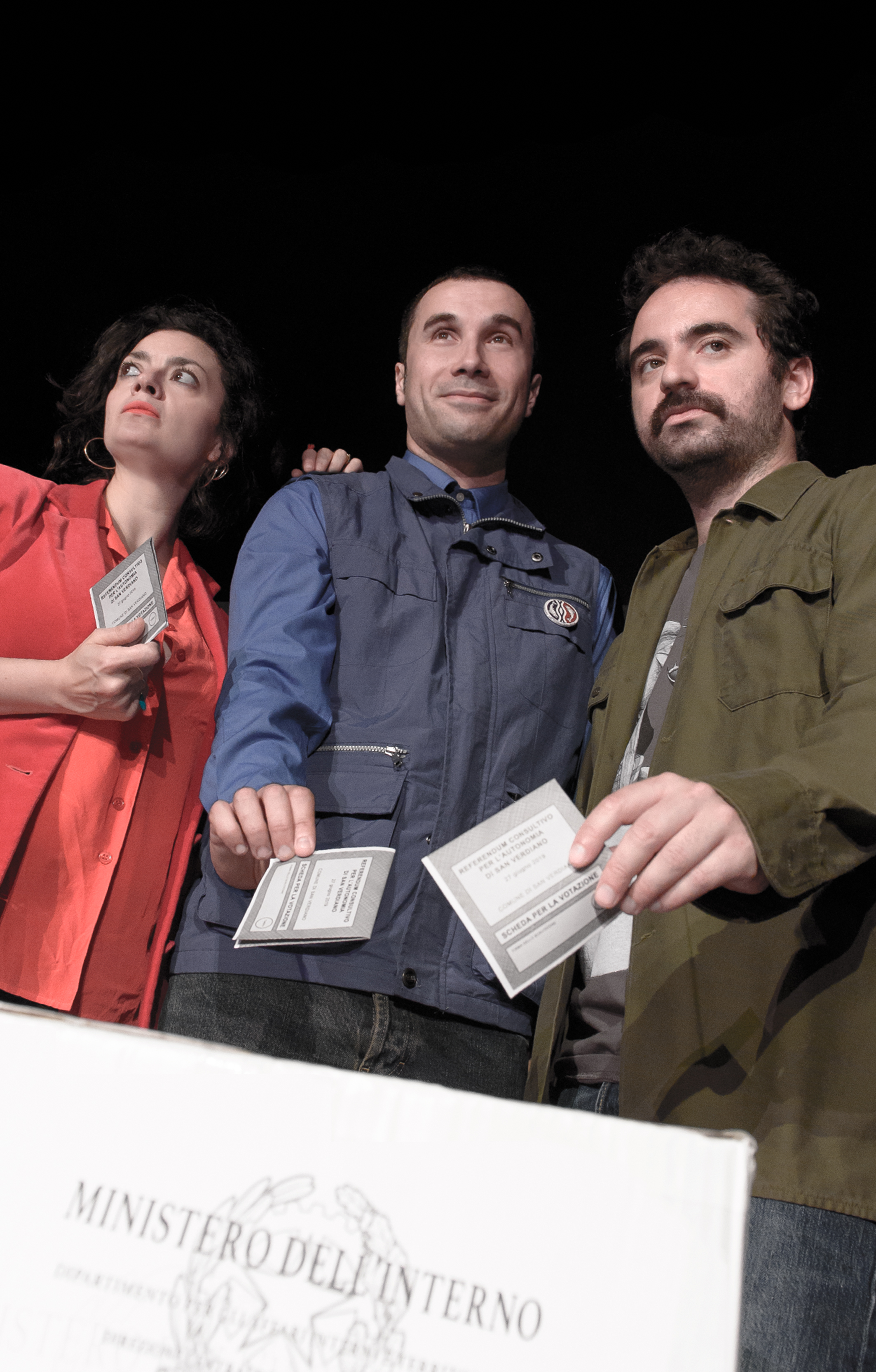 Set in our present, in an unspecified town, where a referendum for the autonomy from Italy is going to take place, the story is developed in three days: the day before, the very day and the day after the vote. The climax of tension triggered by the imminent political choice brings out the individual, familiar and social contradictions which are revealed in the relationship among the three protagonists. When something is fallen apart, other lacerations are created incidentally, and every rupture brings others, both in people’s relationships and inwardly.

Lucia Franchi and Luca Ricci realize a tense show that reflects on one of the phenomena of our time: the breaking up of a country  into small states and politicians’ incapability of understanding citizens’ real needs. Writing the dramaturgy, the authors were inspired by the history of the Republic of Cospaia, located between Tuscany and Umbria: a strip of land 2 kilometres long and 500 meters wide which was an independent state from 1440 to 1826, due to an error made by the geographers of the Republic of Florence and the Papal State while they were tracing the borders. That strip of land, which had not to pay taxes to anyone, without either an army nor a prison, maintained for years an independent spirit full of suspicions towards the outside.

During the writing of the play we often asked ourselves why we had decided to tell this story, through these three characters who gradually took shape. We tried to make them “persons” as much as possible. Each of us has a complex personality: we are both good and bad according to the roles we have and the moments of our lives we are going through. We didn’t want to support any of the characters. We understand and respect all of them, even if we do not share their choices. We give Corrado the benefit of the doubt, as we give every politician who governs us it, even if we did not vote for him or her. However, we would not have voted “yes” to this referendum. We understand Caterina who is tired of all this: she tried to come back, feeling “isolated” and far away, but her reasons are not only noble, and she won’t help her country to improve. Lorenzo was violent and we cannot approve this: to set on fire a school is illegal, even in the most vehement battles. We recognize in him, because we gave him them, our anger and  frustration when we see a dominant thought emerge, which we do not endorse; for this reason he remains silent, while no alternative arises. So it seems that we all agree with Corrado, or we return to our islands, as Catherine does, or we are not able to propose something different, like Lorenzo.
Is it really going to end like this? 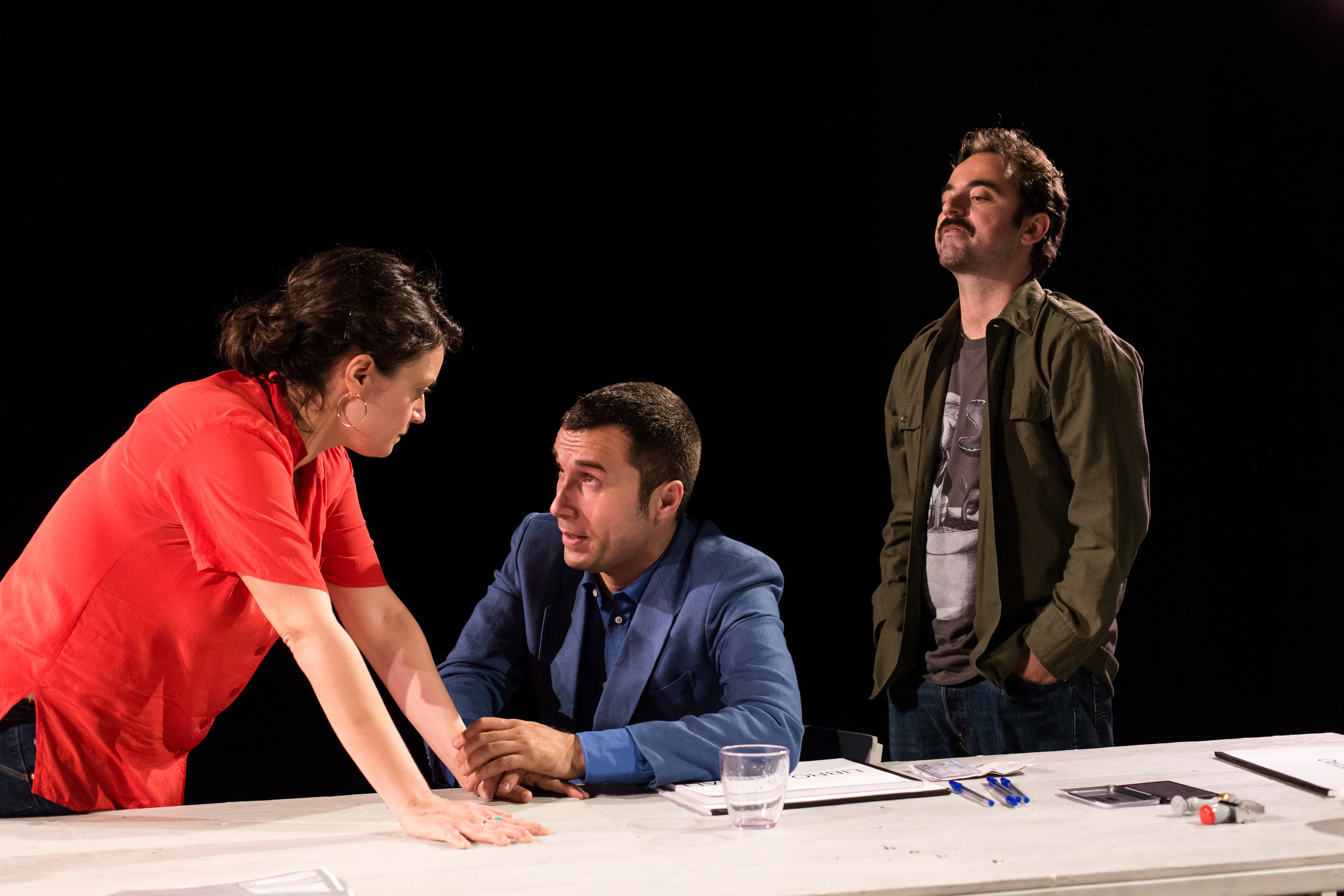 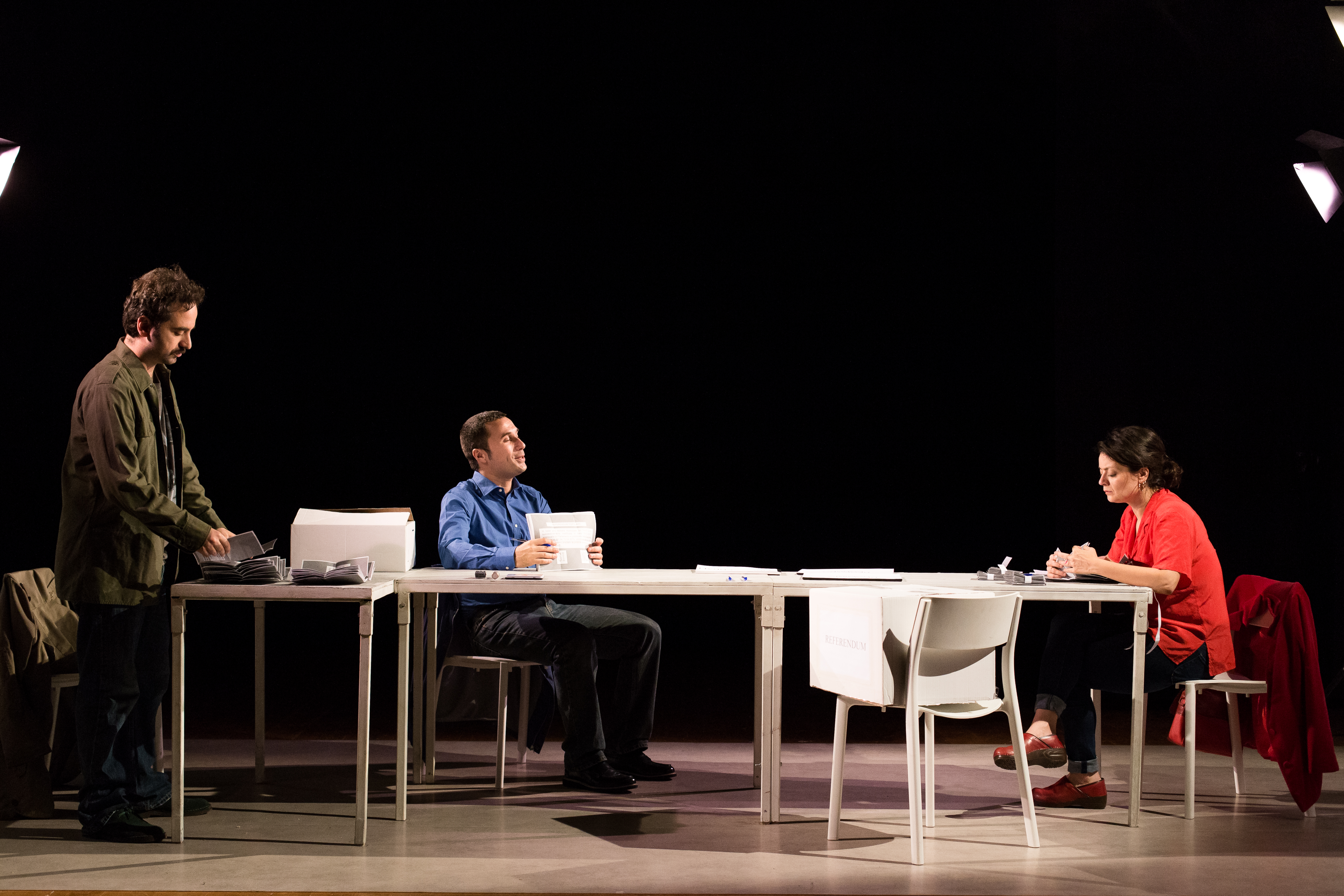 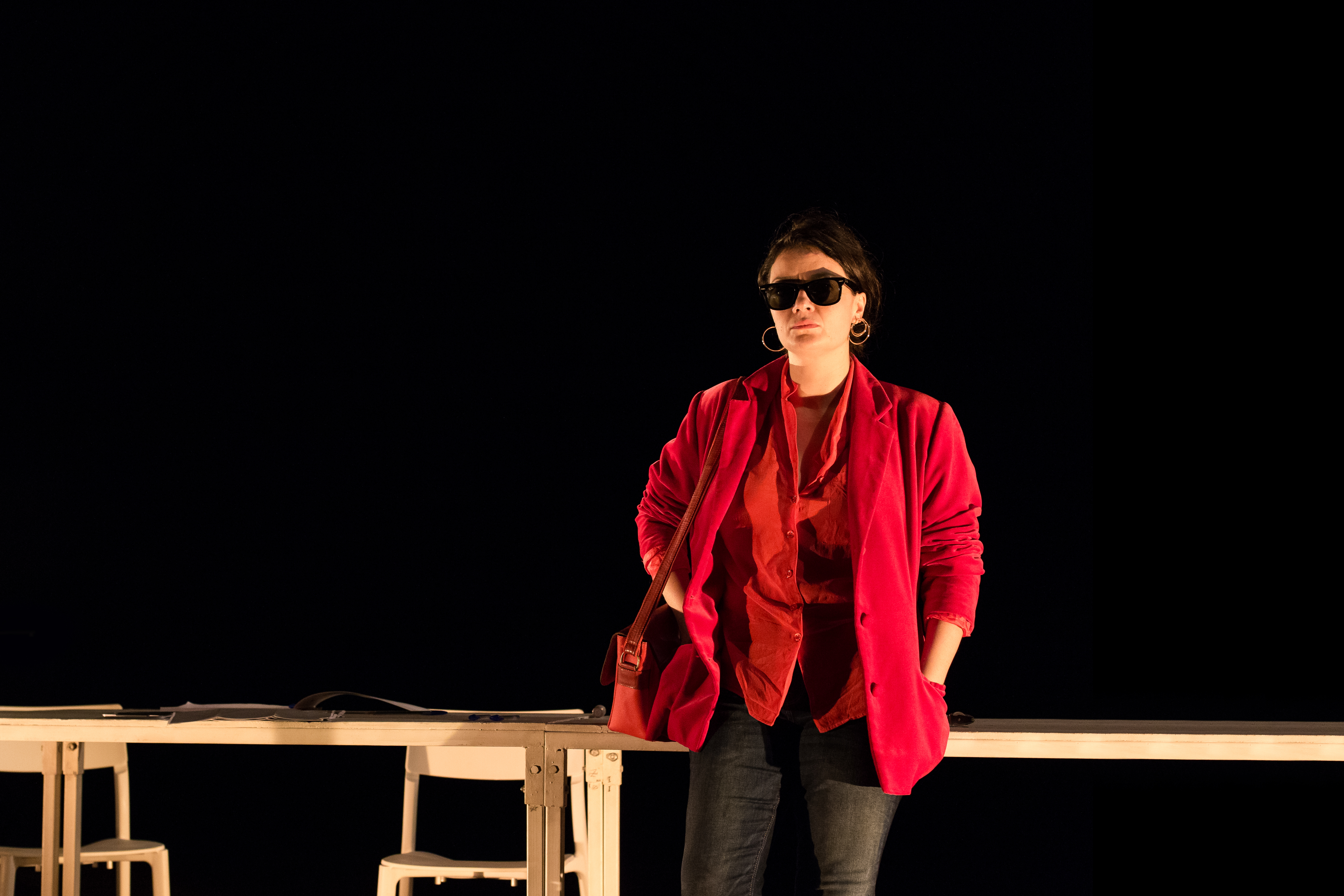 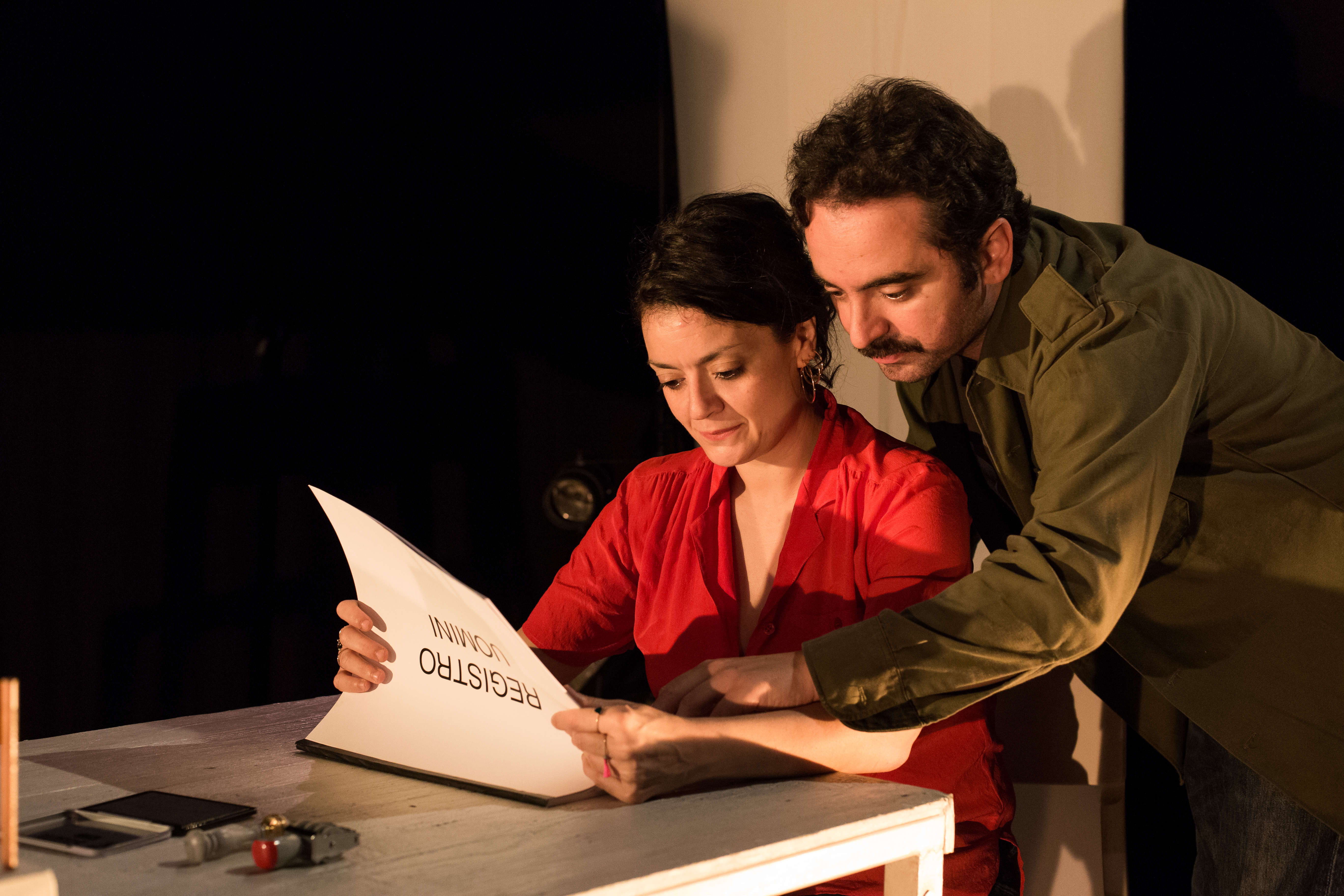 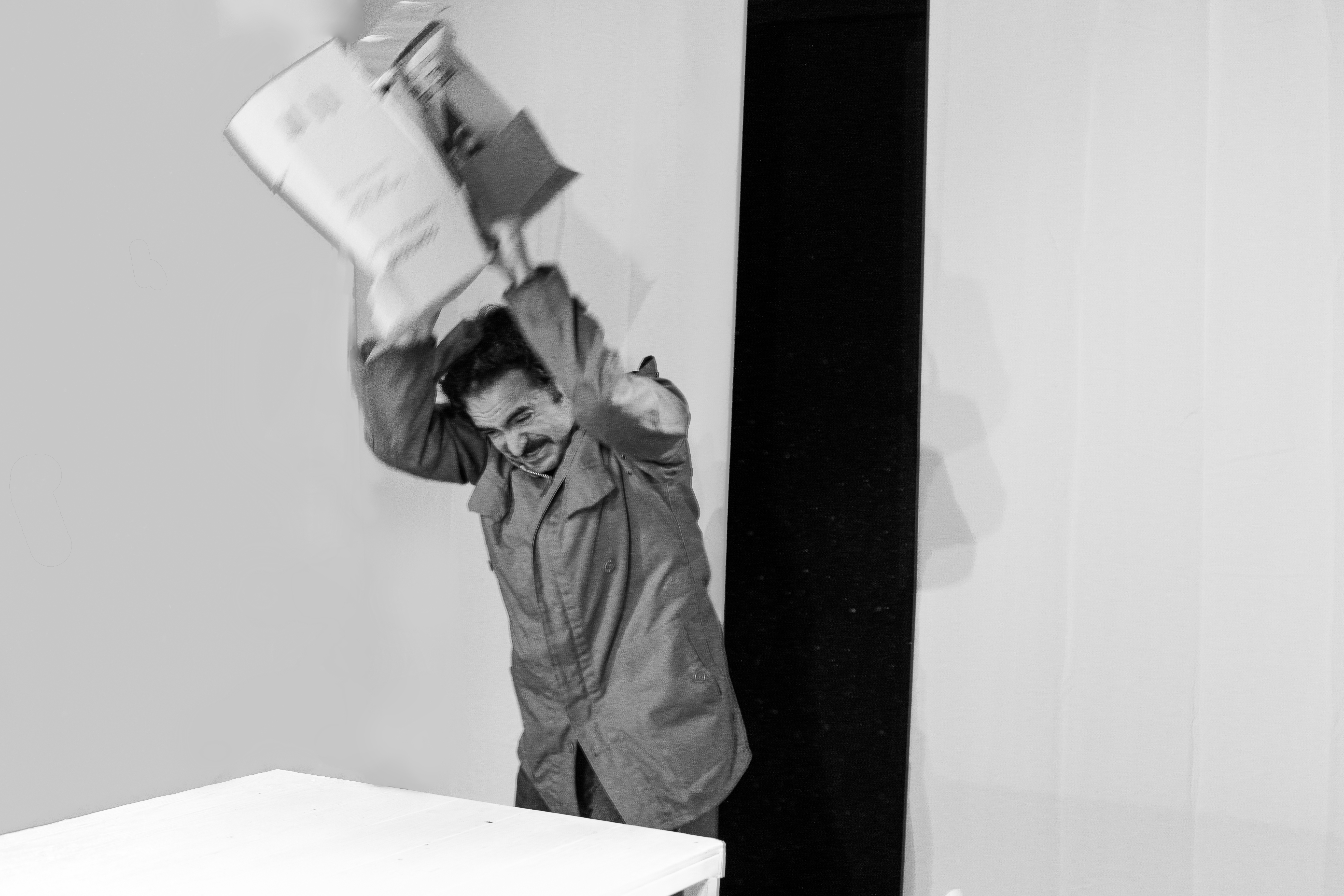