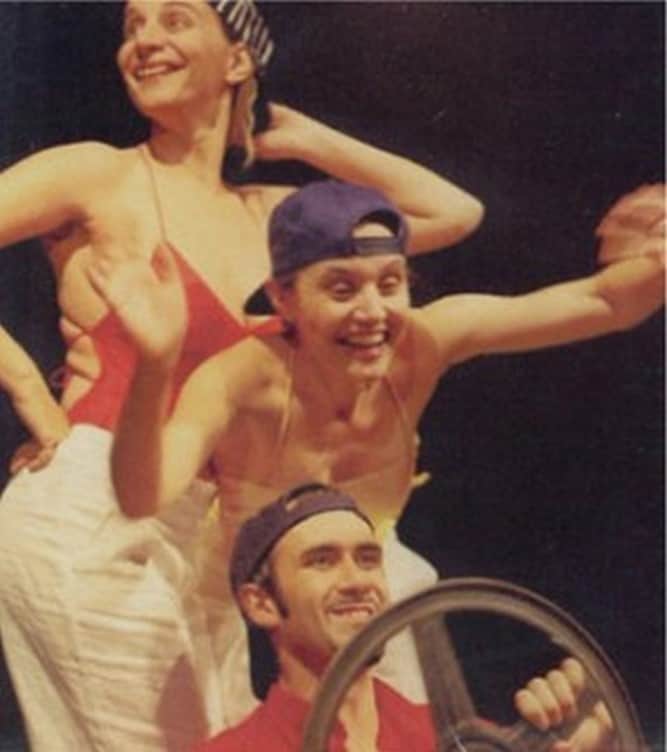 Is there – for us – a state of mind to be called happiness? We are guided by Montale’s fear to call it by name, lest we see it slip through the houses, like balls to children. Then, there are the dreams we have every night, the memories that resemble dreams, our wishes: Luca who sees Piero della Francesca’s Madonna del Parto turn into the Madonna of the Diaries, Lucia’s peasant grandparents, Mirco and his karateka fight against the reality that cannot change .Finally, the stories of the National Diary Archive, which is under our theater. In ten years we have read almost four thousand people’s lives. Side by side they are a wealth that we feel like telling.Certain autobiographical chronicles show how happiness is achieved and lost. Fragments of it remain.
We have chosen three tales: a Roman burglar, apartment burglar, to whom the cars on the highway to Naples restore the taste of lost freedom; a Sicilian peasant at the Great War who laughs when he has “manciare e butane”; and a teenager from Romagna who in the darkness of a parish cinema secretly clasps the hands of a “little red-haired girl” between his own.
The play won first prize at the selection for young artists of the Teatro Libero of Palermo, Sicily’s Teatro Stabile d’Innovazione.

“A lively and delightful hymn to life (…) capable of recounting the multiplicity of reflections and facets that divide the tangible natural world from the supposedly desirable ‘realm of grace.'” (Christian Chiaruzzi, Giornale di Sicilia, 11/27/03)

“Remarkable is the ability to create an incessant and varied scenic movement, to invent a nonexistent set design that lives and pulsates from simple objects used with flair and imagination, from the coffee pot dangling on a makeshift fire, to model cars, from shoe boxes, to the rubber globe, from ropes for the mythical jumps of lost childhood, to bare chairs on which to deposit nascent dreams of love” (Agata Motta, La Sicilia, 29.11.2003)