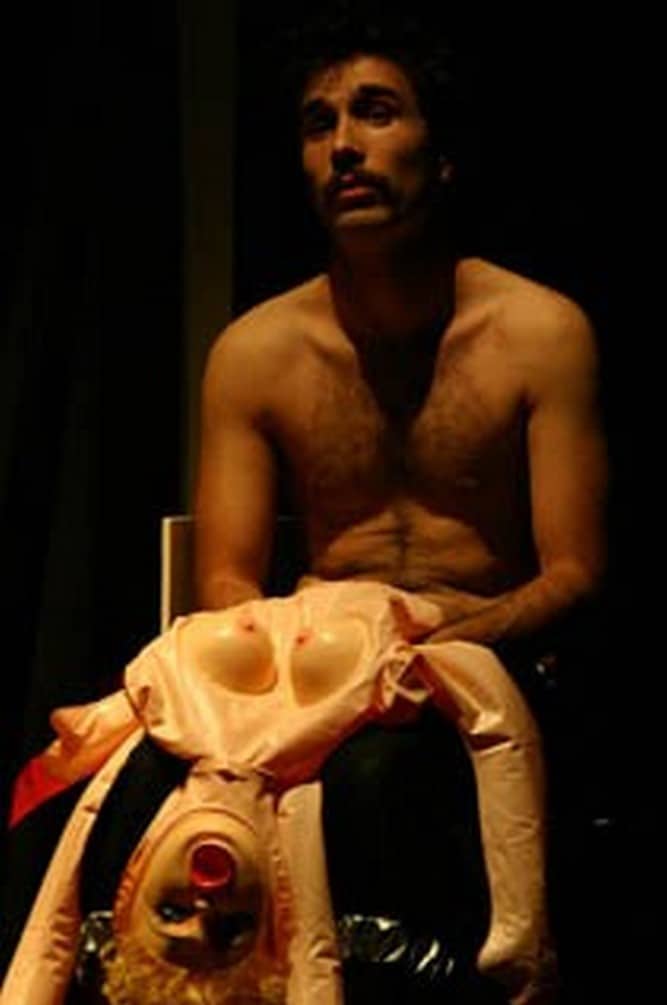 I have in this the ambition of conquerors, who go from victory to victory, and cannot bring themselves to put limits to their longings. There is nothing that can restrain my impetuous yearnings. I have a heart big enough to be in love with the whole world; and, like Alexander, I could wish for other spheres to which I could extend my conquests.
(Moliere, Don Giovanni)

Love is an act without importance, because it can be repeated endlessly.
(Alfred Jarry, The Supermale)

Don Giovanni has won. Is anyone still scandalized by the exploits of the “great seducer”? Quite the opposite… If you don’t believe it, you’ve never been in the locker room of a soccer team. There, the real sport being practiced is sexual accounting, and we seem to hear “Madame, this is the catalogue…” in the background.
A work about the morality of today in the form of a farce. The myth of Don Giovanni is intertwined with a novel by Alfred Jarry (Le surmale, 1903). The elements of the legend are all there: overcoming human limitations, sexuality as a field of affirmation, male identity, cross-dressing, freedom of the individual, and a challenge to religion (which, in this case, is that of our time: science).

“The ascent of the myth starts low from the locker room of a soccer team, temple of free-range machismo (…) But soon the play turns into a metaphysical farce, where the “goaaal” and sports bar chatter give way to Jarry’s Supermale, while the locker room turns into an arena-boudoir.” (Nico Garrone, La Repubblica)